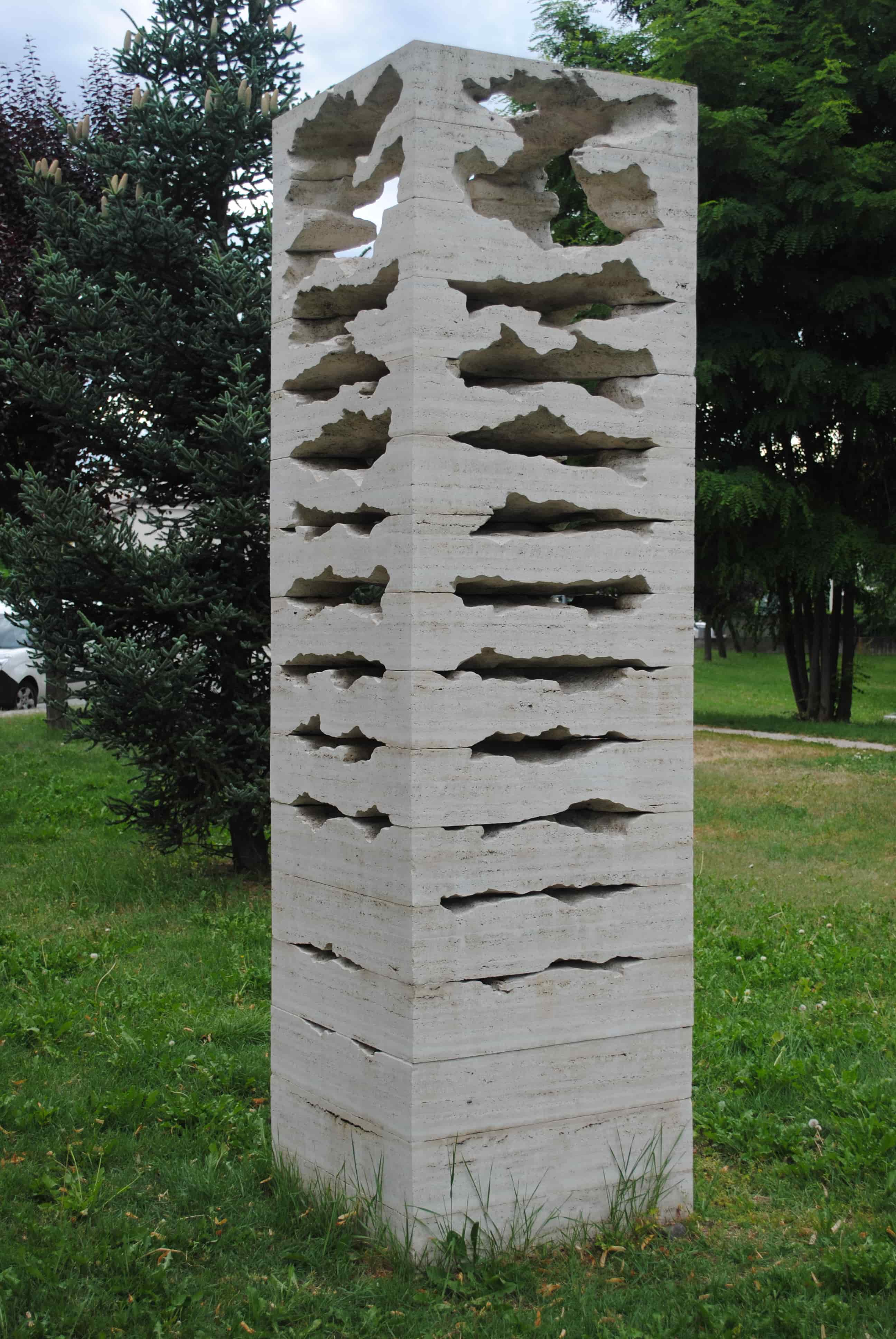 Sixteen blocks of travertine stacked one on each other to form an ideally infinite column. The choice between “nature or sustainability” is just apparently a dichotomy: the travertine which represents the nature does not oppose the concept of sustainability represented by the shape and it becomes itself, through the sedimentation of the layers, a multitude of variations of forms. According to the Aristotelian conception, the world of ideas is never separated from that of things: the realization of the sculpture starts from these philosophical assumptions, that is the convergence between the assumed existence of the material and the necessary presence of a form