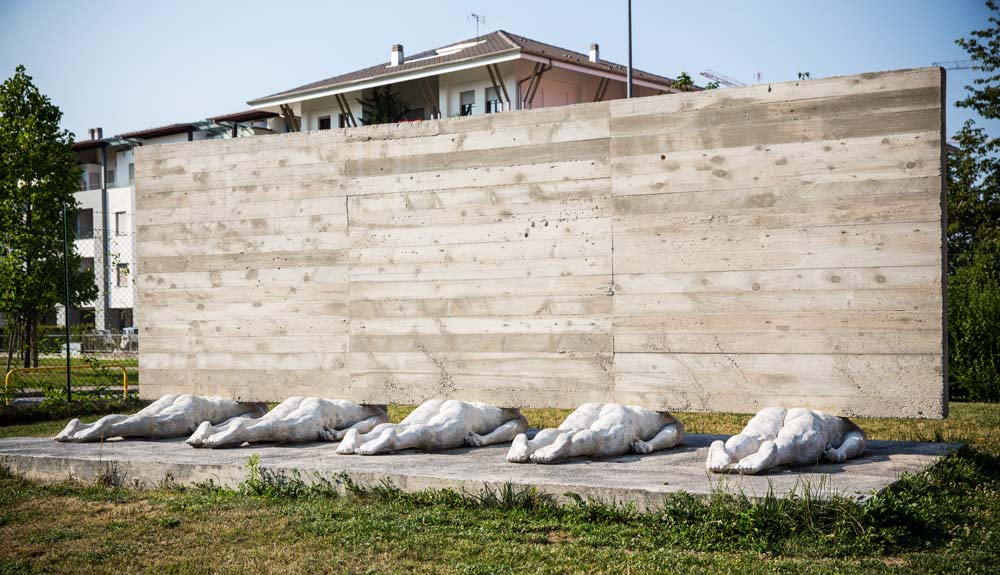 Location: Cuneo, on the corner of via Bongioanni and via Mons. Riberi, public park “La Pinetina”, Donatello district

The work, built as a paradoxical vision, seems to undermine our self-confidence and to challenge who observe it. The artist upsets everyday life and transforms the ordinary into extraordinary presenting five human bodies lying on the ground with a huge wall built on their shoulders. The sculpture is inspired by Umberto Boccioni’s famous futurist painting, “The city rises” (1911), symbol of an era in which the word “dynamism” was often combined with the concept of “development” of a new society. On the contrary, the sculpture is characterized by an absolute static nature of the elements and wants to reflect on the couple “crisis/development” applied to present time. Although the concept of “crisis” often has a positive meaning in that it produces a movement and consequently a change, nevertheless it is a movement that risks running out of its own dynamic of realization. A frenetic dynamism, oppressive as a wall raised in height and power, which dominates the identity of the individual.