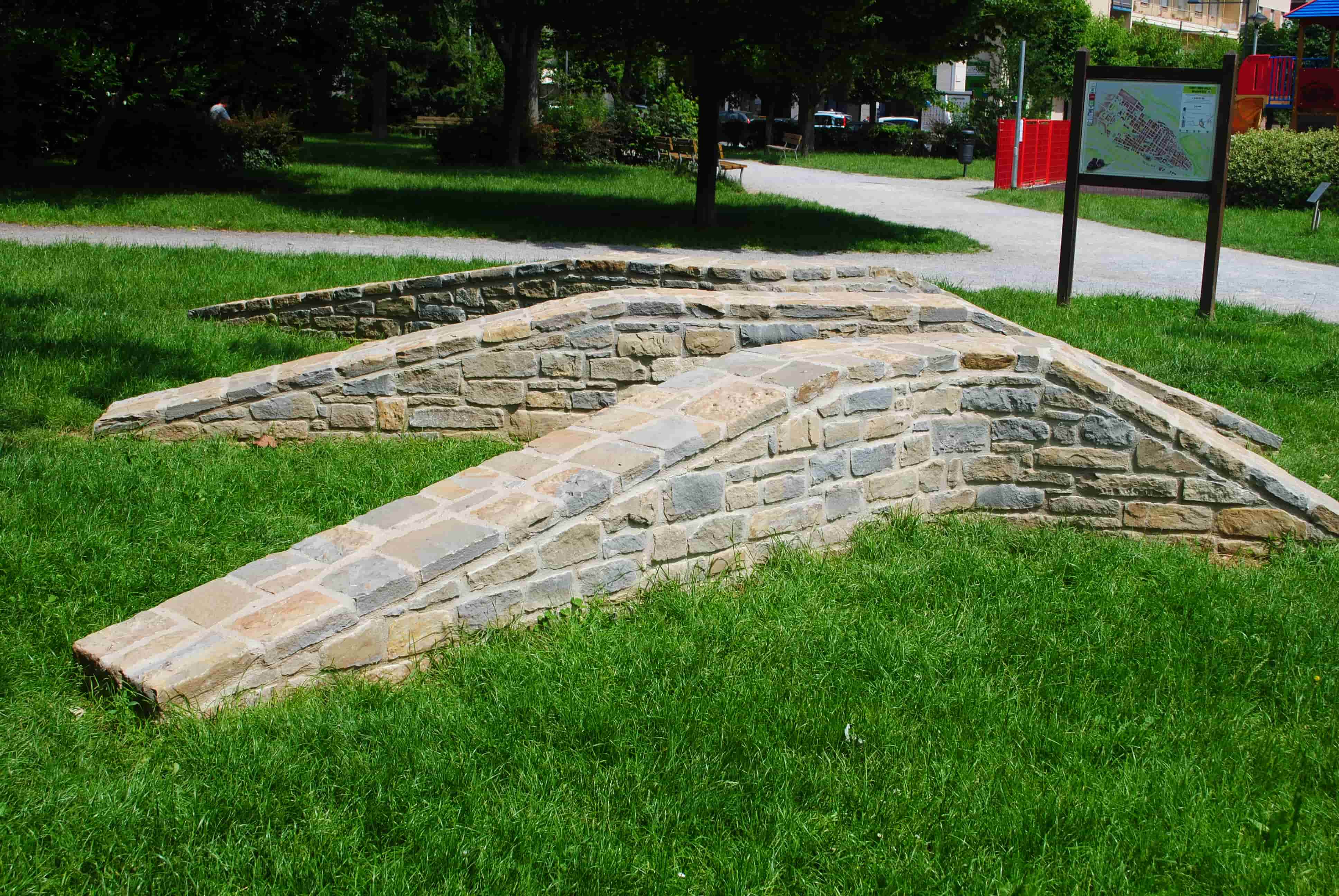 The design of the artwork comes from the projection of the shadow of the artist’s body on the ground of the square, as if it were a gnomon of an illusory meridian. The three sections collects the multiple graphic signs taken during the days of solstice and equinox, later redesigned in a three-dimensional key. The elongated shape of the three arches translates into an environmental installation with the function of welcoming the public. The lines are transformed into seating elements on which people can rest, converse and contemplate the green area of the square. The sculpture finds its message from the earth, appearing in a dynamic form as a trail, as a memory of a passage and it maintains a strong  connection with the territory in the choice of the local stone for its realization.